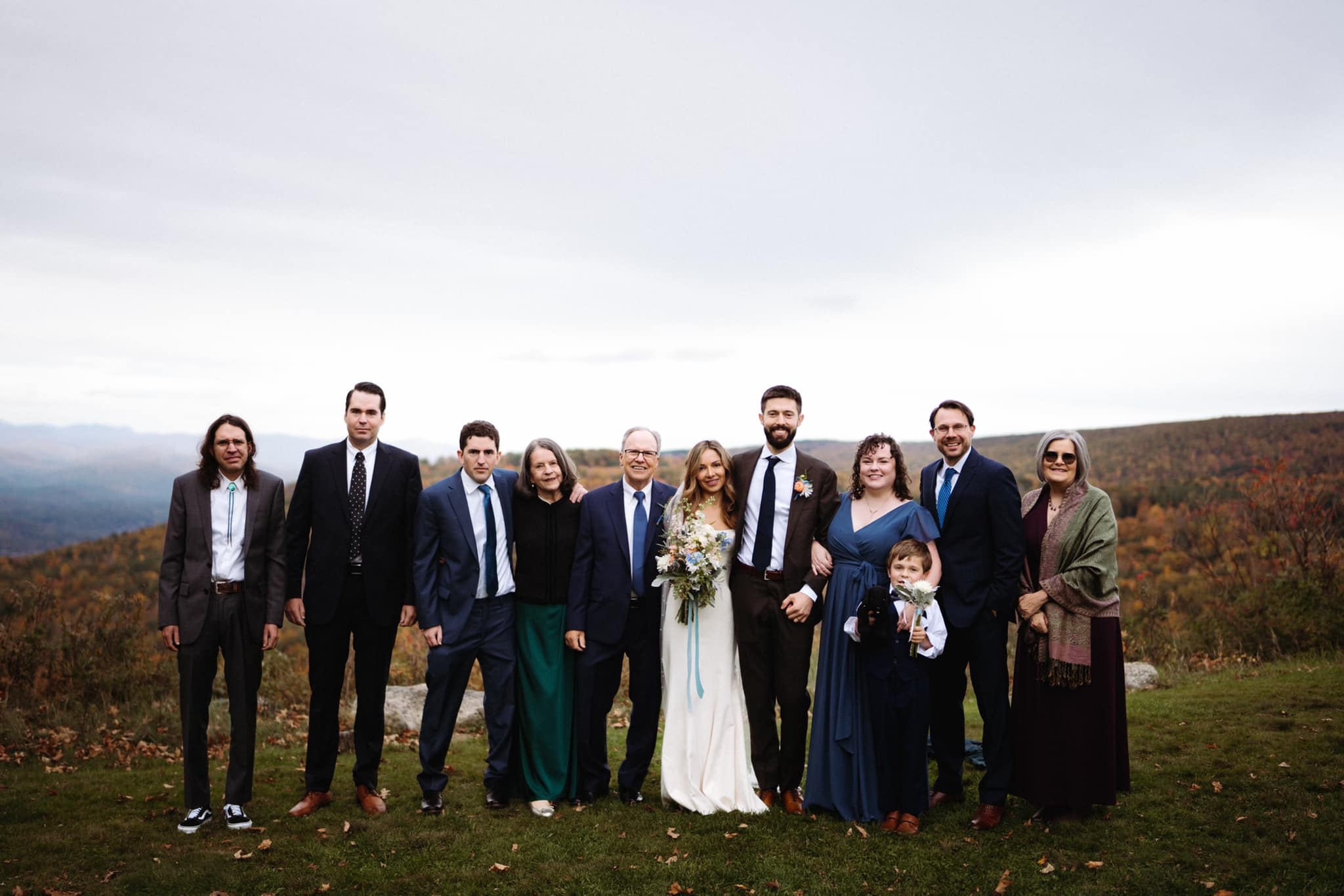 We are a family business. Your farmer, Jesse Tolliver, is the tallest guy in this photograph. This picture was taken at his sister's wedding.

The Tolliver family has farmed the mountains of Appalachia for many generations. Today, the farming tradition continues. On these 3 acres, Jesse Tolliver raises vegetables and robust red wiggler compost worms for home composting and fishing. An avid fisherman, Jesse was not satisfied with the quality of red wigglers from many suppliers, and decided to start his own red wiggler farm with brood stock from carefully curated sources that contained no blue worms.  This allowed Jesse to raise a population of worms that wasn't contaminated by this vermiculture pest species. Blue worms are not desirable to the composter or the fisherman. This species crawls out of the worm bed for no reason, dies in cold temperatures, takes over the red wiggler bed in hot weather, and has skin that is too soft to make it a good fishing bait. Many so called "red wiggler" worm suppliers are contaminated with this species. As a Christian, Jesse feels that it's not right to advertise one product (red worms) and then ship a different product to his customers (blue worms). He will make sure that the order you received is from his stock which only contains red worms.

When you buy from ncredwigglers, you are buying farm direct. All worms purchased are raised here on the farm, and to make sure that you get the best quality worms, we never drop ship orders from other farms.